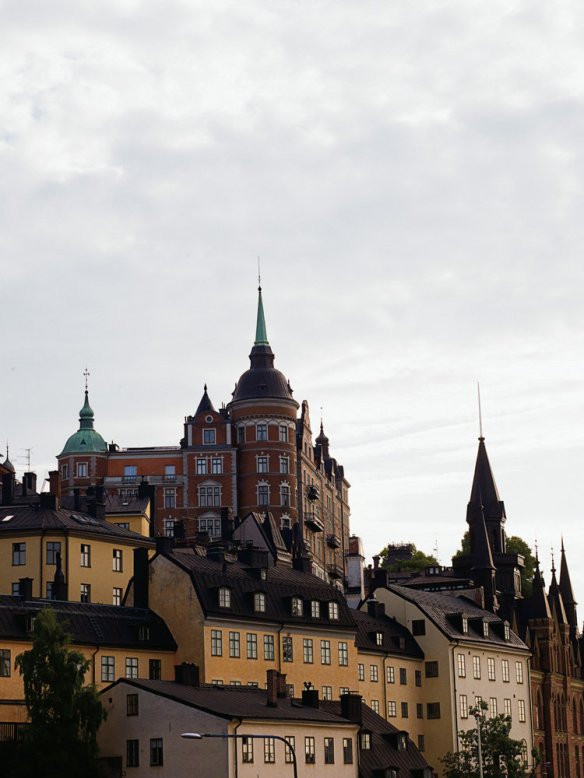 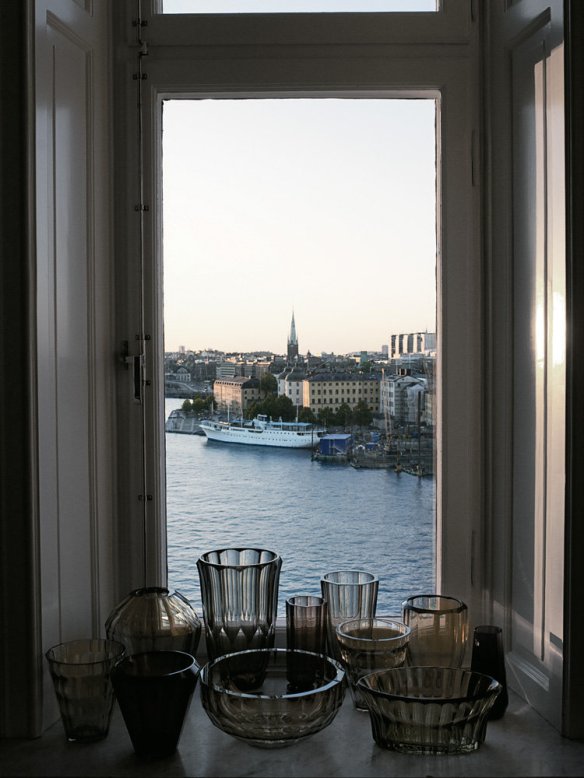 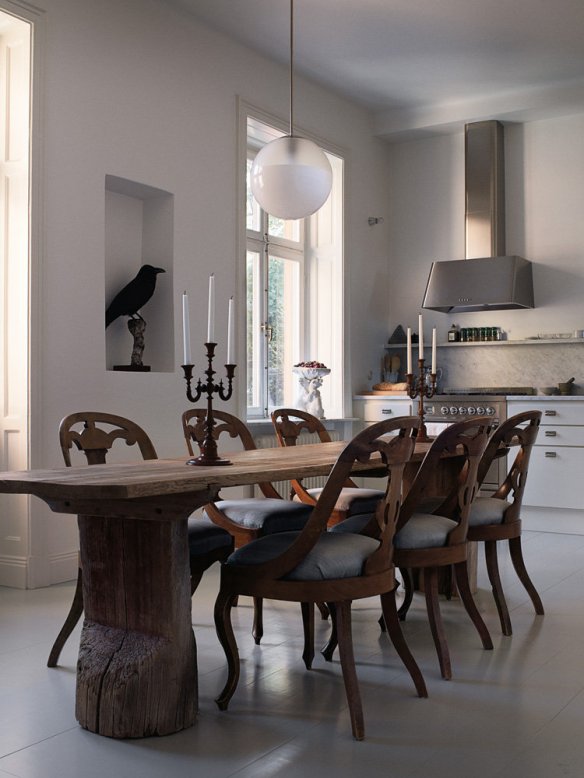 “…Once the spaces were completed, it was time to decorate, and Gustafson had plenty to work with. In addition to his own collections of Scandinavian Modern furniture and decorative arts (which he bought at thrift shops and junk stores before they were rediscovered), he had antiques and paintings from his parents’ house and saw no obstacle to mixing periods. “Rather than get ‘new’ old things,” he said, “I’d reuse these. There’s more of a connection.” Both he and Muehling believe that decorating is layering: “It’s not about perfection. This is very much our territory,” he added. And Muehling brought a touch of humor to the serene rooms with the addition of pieces like a Royal Copenhagen blue-and-white vase painted with ships, which he describes as “kitsch, or bordering on it. It’s different from the extreme good taste that we both tend to do.”…

The apartment’s palette consists mainly of grays, browns and ochers against the cool white walls, and though it’s tonally restrained, it’s texturally complex. Gustafson said that his idea of the apartment was less “Fanny and Alexander” and more Vilhelm Hammershoi, the Danish painter known for his monochromatic, nearly empty, ethereally lighted interiors. “The Swedish sense, even if 19th century,” he suggested, “is more homespun — a little drab, if you want — but it is a Nordic thing. It’s not silk and velvet, let’s put it that way.””